In recent years, given the option to choose between a plastic water bottle and a glass one, people tend grab the glass one without hesitation. You’ve likely read about BPA’s toxicity and how plastic products that contain the chemical can lead to a slew of health issues. BPA has tarnished the reputation of plastic and has made us wary of plastic items.
Fortunately, BPS saved the day when it was deemed a safe alternative to BPA. However, before you start buying plastic products again, you might want to learn the truth about BPS. Studies have now shown that the two chemicals aren’t all that different:

Many manufacturers stopped used bisphenol A, a chemical that is used to strengthen plastic, after studies linked it to early puberty and a rise in breast and prostate cancers.
However, bisphenol S, or BPS, a common replacement for BPA in plastics, has also been linked to health risks. New UCLA-led research demonstrates some of the mechanisms that make BPS just as harmful as BPA. The study found that BPS speeds up embryonic development and disrupts the reproductive system in animals.
Reported in the Feb. 1 edition of the journal Endocrinology, the study is the first to examine the effects of BPA and BPS on brain cells and genes that control the growth and function of organs involved in reproduction. 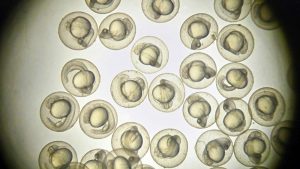 “Our study shows that making plastic products with BPA alternatives does not necessarily leave them safer,” said Nancy Wayne, the study’s senior author, a reproductive endocrinologist and professor of physiology at the David Geffen School of Medicine at UCLA.
Wayne and her colleagues found that when zebrafish were exposed to either BPA or BPS at low levels — equivalent to the traces found in polluted river waters — their physiology at the embryonic stage changed in as quickly as 25 hours.
“The embryos developed much faster than normal in the presence of BPA or BPS.”
“Most people think of BPA as mimicking the effects of estrogen,” Wayne said. “But our work shows that it also mimics the actions of thyroid hormone.”
Thyroid hormone has a significant influence on brain development during gestation, so the research could have important implications for understanding general embryonic and fetal development, including in humans, Wayne said.
Researchers have proposed that endocrine-disrupting chemicals may be contributing to the rise in premature human births and early onset of puberty over the past couple of decades in the U.S.

Many canned products now have a label on the side stating that the company uses a BPA-free liner. While it’s comforting to know that companies are making changes to benefit our health, there’s clearly more to know about the effects BPA and BPS have on our health. Hopefully, we can work to eliminate these chemicals from items we use everyday.
To read more about the studies being done to monitor BPA and BPS, view the full article on UCLA’s site.